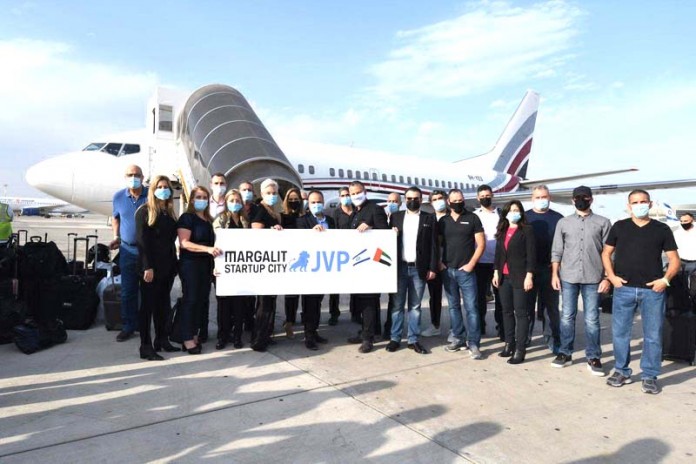 The first Israeli high-tech delegation to the Emirates departed this morning (Sunday), led by Jerusalem Venture Partners Fund and entrepreneur Erel Margalit. Over the next four days, the delegation is set to hold high-level meetings with senior officials as well as innovation and investment counterparts in Dubai and Abu Dhabi, to build cooperation between Israeli and Emirati hi-tech, and deepen the newly found relationship between the two countries. 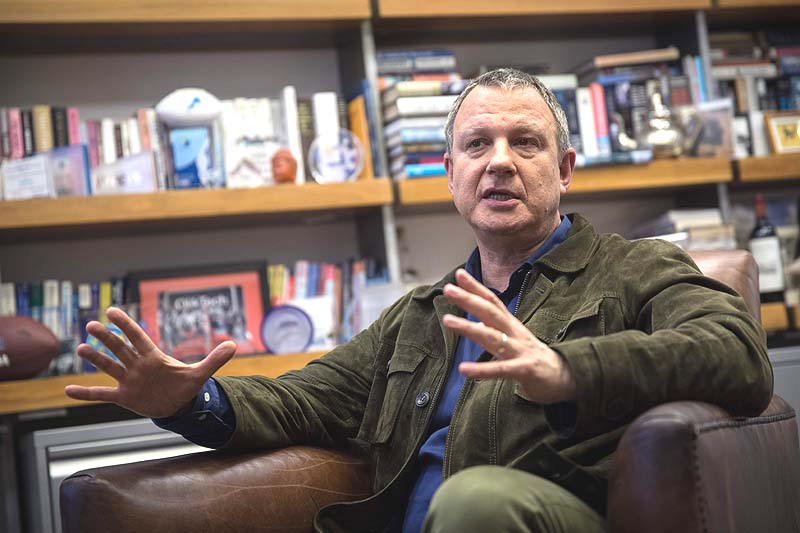 On Tuesday, participants will join first of their kind ’round table’ meetings between entrepreneurs from the two countries– both of which are renowned internationally as leaders in the field. Ahead of the visit, the delegation was honored to have received the warm welcome of the UAE Government and was looking forward to the opportunity to meet senior ministers during the visit.

“Hi-tech is the locomotive engine that leads the Israeli economy, so we have a key role in leading relations and cooperation with the Emirates, with an emphasis on partnership,” commented JVP founder and chairman of Margalit Startup City Erel Margalit.

He added, “I am proud to lead the first Israeli hi-tech delegation to the Emirates. Our companies have been in business contact with the Emirates for a number of years, and now an opportunity has arisen to expand this network of relationships, deepen the ties significantly, and allow more and more Israeli companies and entrepreneurs to be part of this connection and success.”

Margalit stressed, “This is not just a business opportunity, but a political opportunity for a new page between the Israeli hi-tech community and the entire Middle East. With us in the delegation, are the CEOs of emerging Israeli hi-tech companies from every field, and I am sure we will create real partnerships here that will contribute to building successful Israeli companies that will propel the Israeli economy forward, precisely during this period, and create more and more new jobs.”

Among the companies participating in the delegation: Earnix, one of the world’s leading companies in insurtech and personalization of insurance and banking, an area with great interest in the Emirates, which is considered a powerhouse in the field of insurance in the Middle East; Up Control, an emerging Israeli company leading a revolution in the management of remote work networks; Morphisec, from Beer Sheva, which is a leader in innovative technology for protecting endpoints in organizations, which is a particularly relevant development for the protection of banks and infrastructure; and Secret Double Octopus, also from Beer Sheva, which provides a leading biometric solution for passwords.

Also of significant interest to the Emirati Government, companies, and investors is the field of foodtech. Among the delegation in the field is InnovoPro, a company that produces a protein substitute from chickpeas with high nutritional values. One of the most interesting companies in the world in the field, it is already a major player in dairy products in some of Europe’s leading chains, with products from ice-cream to mayonnaise. The company is now preparing for a breakthrough in the Middle East. Another company participating in the delegation is Agrint, which has developed technology to identify diseases in trees before they cause damage. One of the most serious infections in the world is the palm bacteria that destroys entire palm groves. Agrint’s solution for this has significant potential for agriculture in the Middle East.

About Version 2 Limited
Version 2 Limited is one of the most dynamic IT companies in Asia. The company develops and distributes IT products for Internet and IP-based networks, including communication systems, Internet software, security, network, and media products. Through an extensive network of channels, point of sales, resellers, and partnership companies, Version 2 Limited offers quality products and services which are highly acclaimed in the market. Its customers cover a wide spectrum which include Global 1000 enterprises, regional listed companies, public utilities, Government, a vast number of successful SMEs, and consumers in various Asian cities.

Click one of our representatives below to chat on WhatsApp or send us an email to wordpress@version-2.com.hk